November 13, 2017 by Dagmara Biernacka No Comments

As I said in my previous post, I decided to move out (I lived in my apartment for the past three years) and start fresh in a new neighborhood (I chose Greenpoint, which became the desired neighborhood now; but more about that soon). You usually know when it’s time for you to change something. You can pretend that you don’t have this gut feeling, but deep down… you just know.

Even though I’m moving by the end of the month, I decided to go to the new place and check it out. It was the first really cold day this fall in NY, so I knew I would end up in a coffee shop quickly. Whenever I’m in Greenpoint, I also go to Peter Pan Donut Bakery. It’s a weird place, pretty old fashioned, and it has this familiar feeling to it. I associate it with warmth. I just wanted to sit there and read a magazine. But it happened to be quite difficult.

I got my coffee and the regulars started coming in. And by the regulars, I mean people who come here at least once a day. And since this place is open from 4:30 AM (!) it’s not such a big surprise. I met Bob right away, and I sensed that everyone meets Bob. Bob knows everything about everyone and knows exactly the flow of the place. He has Polish roots and is definitely older than me. He’s been living in that neighborhood his whole life. He asked me many questions, and I asked him only a few since I didn’t quite come there for a conversation. I spent 17 hours at work the day before, so I really didn’t need talking to anyone. Bob wanted me to try a piece of his donut (it was a seasonal one, Apple Cider flavor) to which I wanted to say “No”, as usual (well, we didn’t even know each other), but I took a piece. I wanted to give him a piece of my muffin, but he said he’d already tried it (of course he had). And suddenly I immersed myself into the whole vibe of the place. That kind of vibe is something you rarely experience in NY anymore.

A couple of friends came for a coffee and a  sandwich and started doing the NYT crossword. Apparently, Bob helped them the last time they were there, so they asked him to help them again. Two other ladies, also regulars, who just walked in, started helping out as well. The gentleman (with a hole in his t-shirt), who was sitting by himself and just finished his bagel with eggs and was just listening and looking around until now, suddenly also spoke up. He helped them out with one word so they handed him the newspaper. Suddenly six people were involved in that crossword. And I was just sitting and smiling (I wasn’t even paying attention to the words they were looking for, because I enjoyed the whole experience in itself). Another regular came in and told me he enjoys reading books. He said: “I don’t read as fast as I used to, but I’m happy I still can see”. Bob said everyone loves books at that place. I spent two hours there, most of the time chatting with Bob. I put my phone deep into my bag.

I constantly meet new people in NY and my friends ask me how I do that. First of all – I go out excited for a new day and for people I can encounter. I’m just open and I just stopped judging people. I said it a few times already – you never know who you’d meet in NY, who are you talking to, and – the most important one – what this person is going through in their life. Maybe they need a few minutes of conversation with you? And maybe you are the one who actually needs this conversation? People also talk to me, because I see them (literally); I am not glued to my phone all the time. When I go to a coffee shop, I just put it down. I focus on experiencing the moment. Life is happening outside of your phone and it’s way more fascinating than you think. Try it yourself.

[With this post, I start my new series “Brooklyn Stories”. I want to share with you the stories and the people I would meet in my new neighborhood. And I believe I will have many golden nuggets for you, so stay tuned.]
art in ny brooklyn living in brooklyn living in greenpoint living in Manhattan new york ny ny art ny blog ny blogger ny fashion ny lifestyle ny writer nyc travel to ny travel to USA
Share: 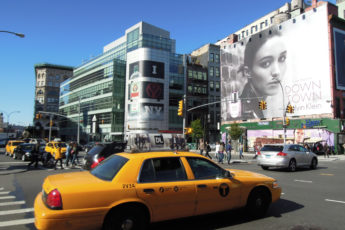 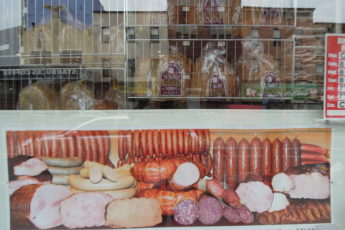 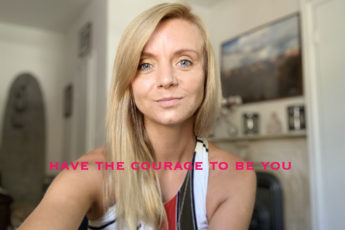