March 5, 2015 by Dagmara Biernacka No Comments

I think by now everyone has heard of „that dress” (curious ones: the original dress was blue-and-black). I don’t want to comment on the dress itself, but on how rapidly American media can grab a topic and chew it back and forth in a million ways. I see this as a particularly American phenomenon and I am fascinated by it. The quickness with which a trifle of a subject suddenly becomes the hot topic No. 1 and appears in every single show (I haven’t watched all the news, but I am sure #TheDress made it to every station), leaves me nonplussed. The dress which immediately got its hashtag and became #TheDress, literally blew away social media and has set a “social media record” – it reached 28 million views online, tens of thousands of tweets per minute and multiple celebrities commented on it, including Taylor Swift, Kim Kardashian (of course), Justin Bieber and many others.

The very next day, one of my favorite sites www.someecards.com already had cards featuring #TheDress (many of them quite funny).

Just as I was about to forget the subject, I stumbled upon „The Talk” (a show in which hosts discuss a variety of topics big and small), where all four hosts were actually wearing #TheDress (at first in its black-and-blue version, with some of them switching it to gold-and-white later on). Not only the hosts but also the invited guest, Lisa Kudrow (unforgettable Phoebe of “Friends”) wore #TheDress. The only thing I could think to myself was: “Really…?!” http://www.cbs.com/shows/the_talk/video/4C2693E3-EDBB-9821-6456-DC61A8565557/the-talk-white-gold-or-blue-black-/

The same day Ellen DeGeneres popped up on my Facebook – she, too, devoted an episode of her show to this dress. Ellen went all the way. She invited not just the woman who posted the picture online, the mom who was supposed to wear the thing at her daughter’s wedding, but also the newlyweds, who have especially shortened their honeymoon to get on the show and speak of #TheDress. It turned out that the “dress argument” has been going on in their home for weeks, after which they came up with the idea of posting the picture of it on Tumblr and asking folks online what color do they see. To thank them for coming, Ellen not only got the couple a honeymoon trip to Grenada but also 10 thousand bucks for a happy start of their marriage. As a special extra gift, she offered them two pairs of underwear: one black-and-blue, one white-and-gold. http://www.ellentv.com/videos/0-efg1d66y/

This is how the show is run here: as soon as a new hot topic takes over the social media (which have real power in the US), it’s almost compulsory for all TV hosts to devote at least a couple of minutes to it. It amounts to sending a signal that one is “up to date”.

It’s a pity that truly meaningful subjects are not as hotly discussed and don’t ignite arguments half as heated. Oh, well. This is how you make it in America. 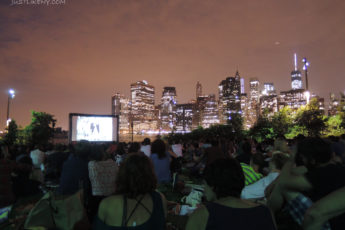 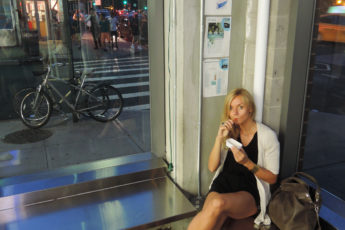 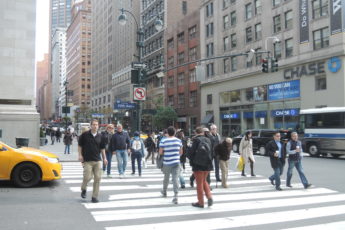 Brunching – the way to show off